I read all the articles written about the devastating incident that had happened just two days ago. A cruise travelling to Puerto Rico disappeared. But just after an hour when the waters were searched, no remains of the ship had been found. So the cruise didn’t just disappear. It vanished. As if concealed under a cloaking spell. A mysterious enchantment. But all that I let myself wonder was that if the emergency call for help to save themselves was made in that fraction of a minute before they could drown and knew were in danger, why was the investigation made after an hour? After all, the crew captain only had to push four buttons and dial a missed call at the least.

It was when my coffee pot got drained of liquid that I looked up to the black-framed metal clock. It was some three hours past midnight. Having read every article ever written and all available database of the investigations, I knew one thing for sure – it was all false. It had too many loopholes to be true and I wanted to know the real truth, no matter how harsh, at any cost. The truth which comes from investigating the so-called truth and not accepting it under all circumstances. It’s all under the government after all. You never know what has actually happened. We live in a world where even an accident could be a setup, staged just perfectly enough with the accurate props and stage setting. I knew there was only one thing I could do if I wanted to unveil the masks and find the matter behind the curtains. I spent the remaining energy of the coffee I had finished in gearing up for my impromptu voyage tomorrow.

My ship had been travelling for quite a while. My phone still had a connection. I was going through my list of possible theories when all of a sudden my phone lost network. I checked the map. I was just about to reach Puerto Rico. If the truth was in sight, it was very simple. It was just the waters and a shore in sight. But who knew I was to enter what future generations would call “The Bermuda Triangle”?

I sailed the ship towards the shore and saw a vague vision of an abandoned ship and its crew. I couldn’t see the name of the ship. I reached the shore.
They were all still alive.

Five years of professional experience and twenty-six of existential experience had prepared me to deal with shock quite well. I went up to one of the crew members for inquiry. I wanted to get every minuscule detail.
“Could you please help me with the reality of the incident? I am Detective Liza Richards, and I am just here to know what actually happened at the shores of Puerto Rico two days ago.”
“You want the truth?” asked a pearly-eyed man in a husky voice.
“Yes”, I mumbled.
They all roared in laughter. Never in my career had I come across somebody who found the idea of finding the sooth amusing.
“You’re the perfect example for irony. You come to seek the truth and converse with your suspects like they’re humans. Tell me, do you even ask them if they want to be recorded on the camera you’ve hidden in your cloth?”
I was startled, and if I would’ve allowed myself, scared.
“I think it would be better if we showed you the ‘truth’ instead”.
The last thing I remember was his husky voice turning into that of a beast and his teeth turning into fangs. He sprang upon me as he bit my neck. I wailed in pain. Was this a human or an animal? Or neither? My question was answered when I could see my blood trickling down to my wrist from my shoulders like a stream of a broken heart, with my heart rate slowly reducing and a suffocation enveloping me like an innocent prisoner.
He was a monster.
The truth rotted with the private investigator but there was no body found. But Liza’s story didn’t end as a mysterious death on the shores of Puerto Rico,
she became a crew member who never would be counted.
She disappeared, but she didn’t die.
Not really… 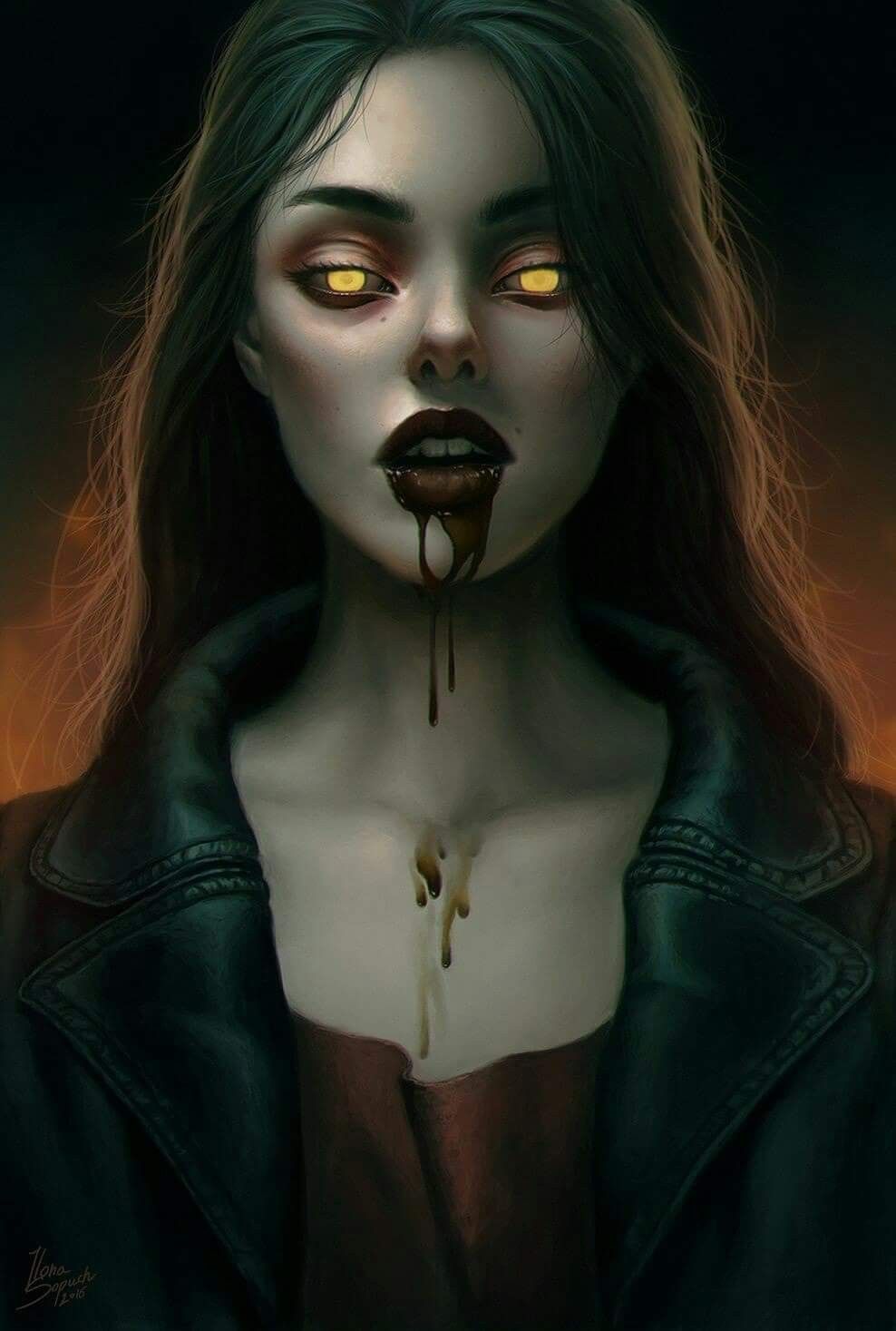 Hey Guys! This is my first try at writing a short story and yes, another vampire fiction. I had written a poem previously based on the same theme i.e. related to vampires, named “The Bloodbath of Our Love“, do check it out. The ending in this story is that Liza was turned into a vampire by the crew member. Since this is my first time writing a short story, your open and honest feedback would be really appreciated. I would really love to know your thoughts on this one!